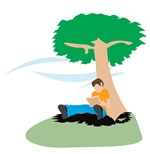 So it’s summer once again and, for some anyway, a chance to wind down a little, relax, spend some time with the family and maybe even read one or more of the year’s best sellers. But perhaps you’re still up to your neck in work, trying to keep a bunch of projects going at the same time. However, we hope you’ll find a little time to browse through the articles we have for you in this issue of Project Times. We think it will be time well spent.

In Easy as Implementing a Package, Michael Mah discusses the intricacies of installing enterprise applications to the extent that, in some, cases it can take years to get the software working. Not one of the CIOs and CTOs he spoke with would want to install their applications again, even if they had the opportunity, because they wouldn’t want to face the hassle and stress. But Mah says it doesn’t have to be like that, and he explains how it’s possible to track project performance in terms of cost, schedule and quality across a range of large and small IT projects.

Terry Doerscher believes that the world of project management has changed, and he says that the project management office must go well beyond its traditional position to include financial and organizational capacity management. His article PMO 2.0: Expanding the Value and Reach of the PMO talks about the concept of a Management Integration Center (MIC), a term, he says that has been coined to differentiate its expanded role and functions within an organization, from those of the typical PMO. He sees the MIC as leading to a means to running technology services like a business.

For many years regular contributor, Chris Vandersluis, has been involved in the introduction of Enterprise Project Management into many corporations, often working with Microsoft on deployment of its Project Server system. He believes that the Microsoft solution is a powerful one, well received by clients. However, in his article, Commoditizing Project Management for the Mid-market, he points out that the company must look beyond its enterprise accounts to craft a solution that will be as attractive to the mid-market, as to the enterprise market. What is required, he says, is the commoditizing of EPM software to provide what people always expect from Microsoft: instant results.

Kate Armel and Don Becket don’t believe in people power as the key to a successful project. In their article, Adding Manpower to a Late Software Project Makes it Later, they argue that, while technology has changed dramatically, human nature remains the same. They point out that tools and methods allow us to work more efficiently, but that software development is still a uniquely human endeavor, which can present problems. Among the problems, they identify over-optimism, fear of measurement, and using the wrong tools for the job. Overcoming these obstacles will allow the project manager to manage both the technical and people challenges of software development with confidence.